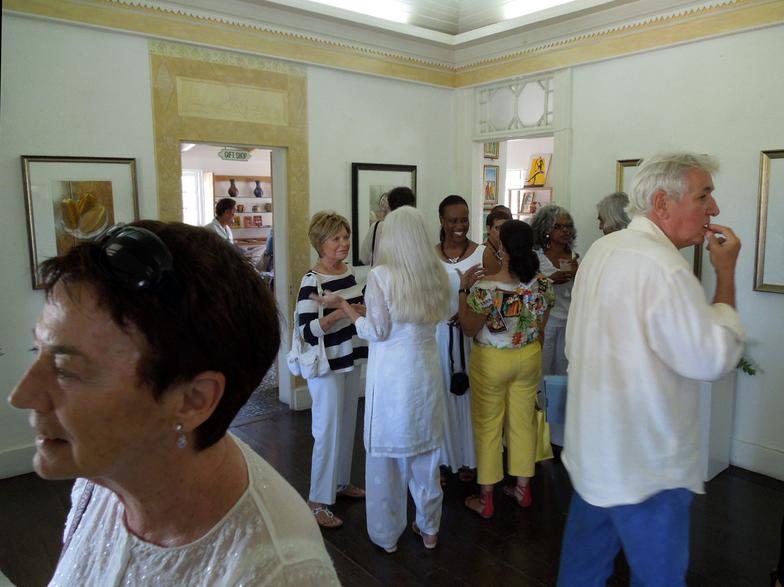 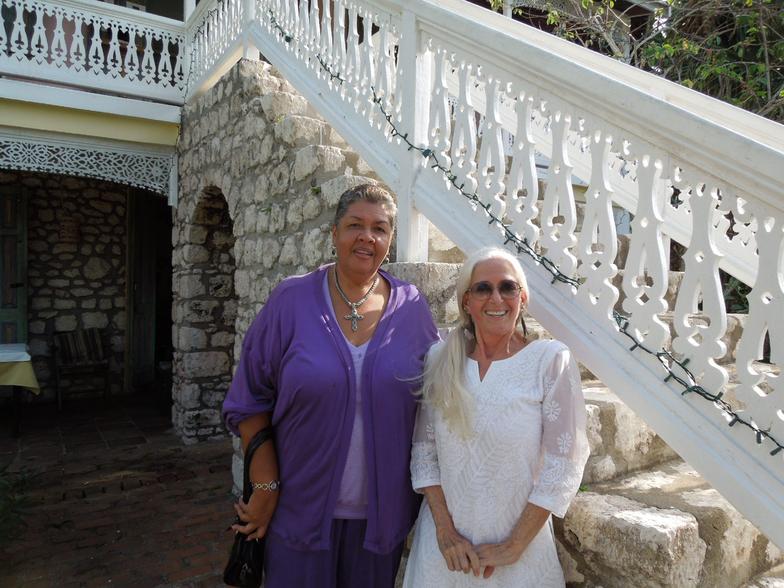 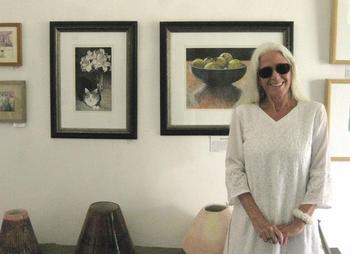 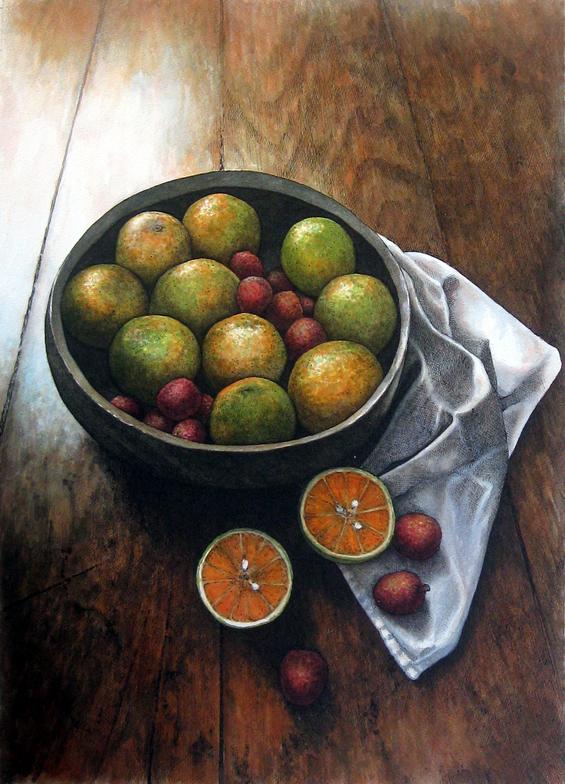 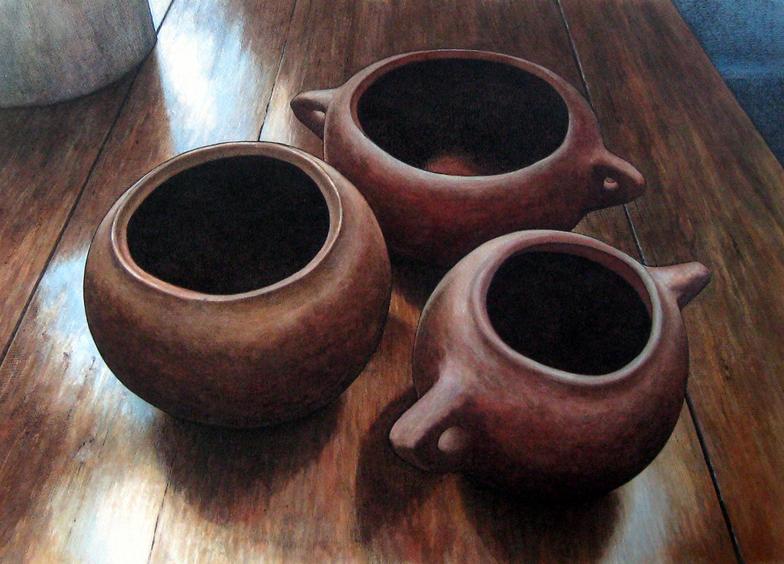 "Still Life with (Ma Lou) Yabba's"
"Still Life w Oranges & Lychees"
ABOUT THE ARTIST
Susan Shirley was born in 1950 in Detroit, Michigan. She entered Michigan State University in 1968 and graduated in 1972, receiving degrees in Interior Design and Fine Art. While at university, she met and later married Gregory Shirley, a Jamaican graduate student who was just completing his MBA. Mrs. Shirley began her professional career as a commercial designer in Detroit, where she and her husband made their home for several years.
In 1975, shortly after the birth of their first child, Susan and her family moved to Jamaica where she began teaching art at Alpha Academy in Kingston. There she had the opportunity to meet several artists who encouraged her to exhibit her work. She did so in 1979 with her first exhibition hosted by Eugene Hyde at his John Pear Tree Gallery in Kingston. Since then she has had many one person exhibitions and has participated in numerous group exhibitions in Jamaica as well as in Toronto, Antigua, Miami and New York. Mrs. Shirley works primarily in water-colour and pen & ink with subject matter concentrating on Jamaican architecture, landscape, seascape and still-life.
Susan and her husband presently reside on the North Coast of Jamaica.  They have two grown children.
Read Aloun Assamba's Opening Remarks
"The Rio Nuevo Bay"
St. Mary JA
"Kara"
"Still Life with Vase"
"Still Life with Cat"
"View from Firefly"
St. Mary JA 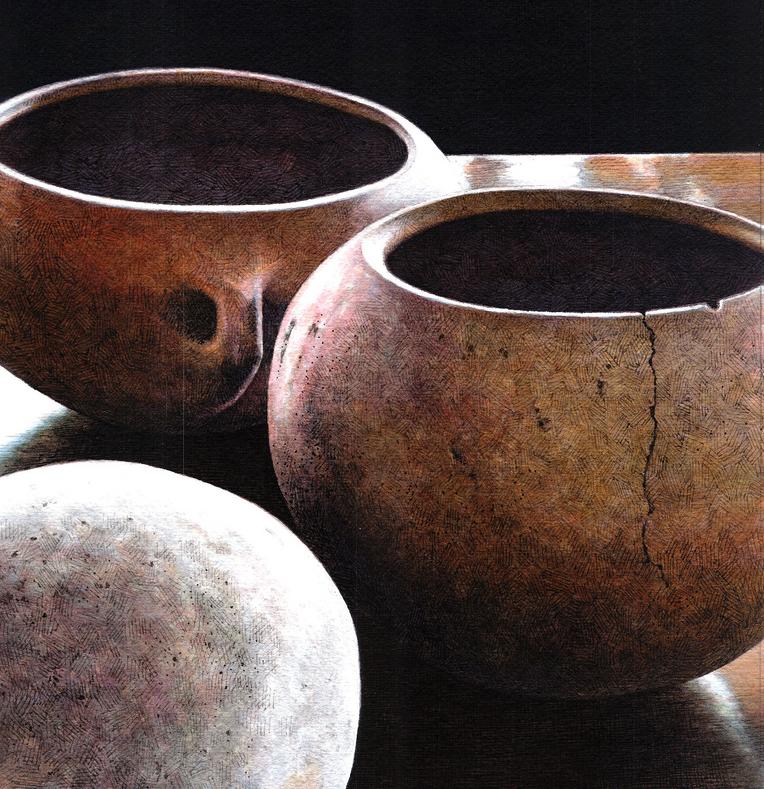 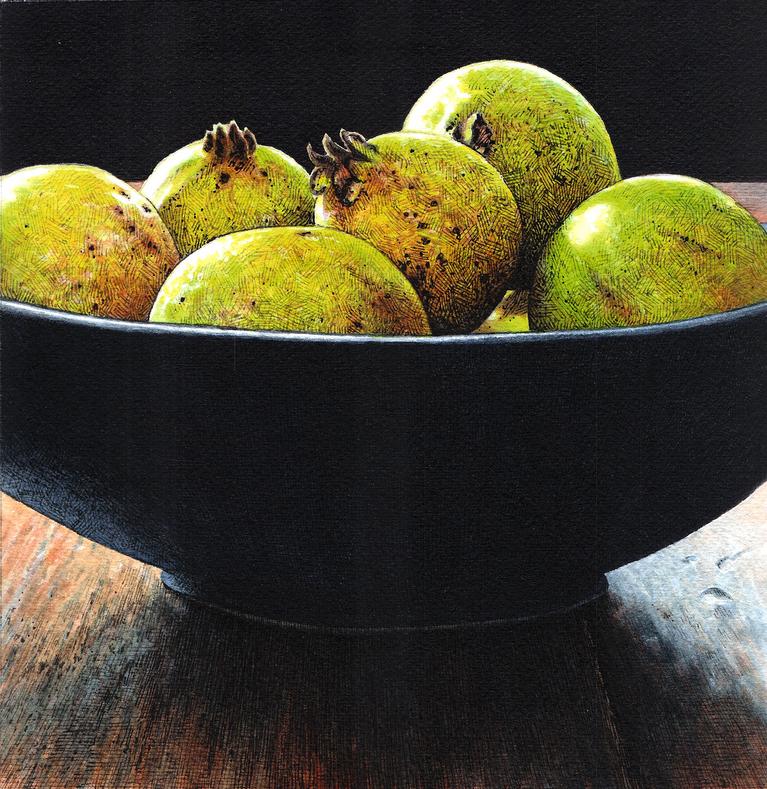 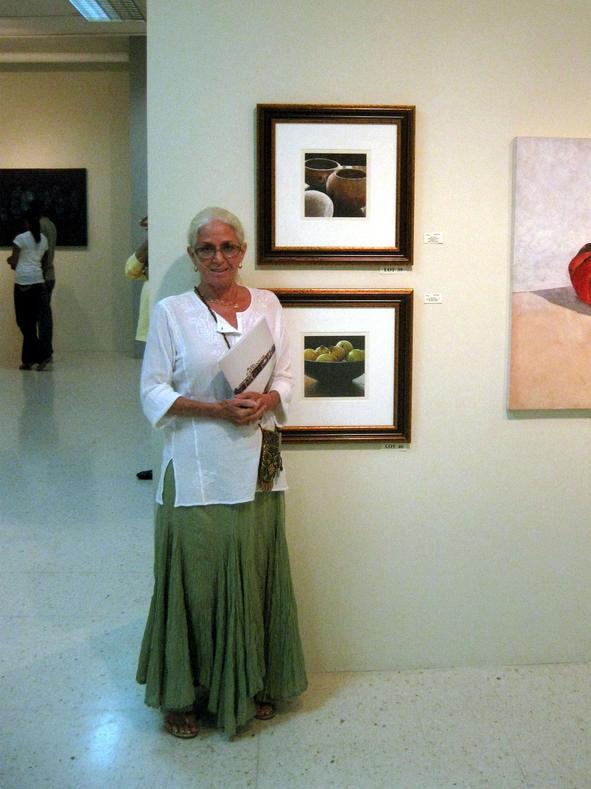 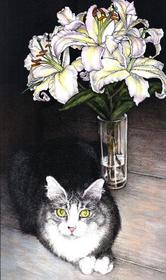 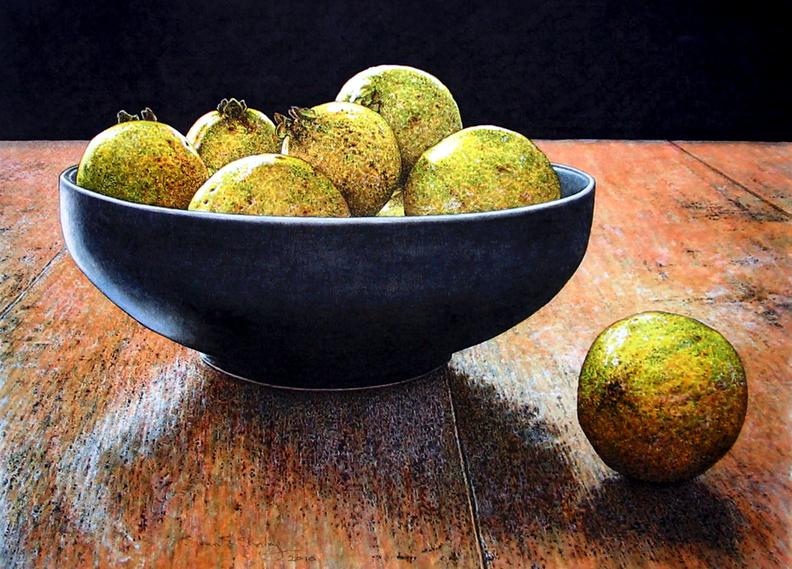